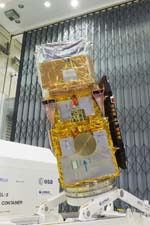 Finally, another high-quality spacecraft of the European Surveillance Program of Earth was launched! The new Sentinel-2B is equipped with a camera that “sees” in visible and infrared ranges. He will join his Twin Sentinel-2a, which is already in orbit.

The duo of these satellites passes by one orbit, they are spaced 180 degrees from each other, which allows you to shoot the entire territory of the earth every five days. Sentinel Space Apparatus belongs to the space segment of the “Copernicus” program, which monitors the environment.

Sentinel twins will be in orbit over the next few years to collect information about the planet state to comply with the EU policy rules. Sentinel 2A and 2B occupy a central place in the program. Data from them are all wider use that vary from urban planning and air quality control to tracking forests and departures of glaciers.

The VEGA missile started at 1:49 for Greenwich March 07, 2017, an error-proof of the satellite itself occurred approximately an hour, at an altitude of 775 km above the ground.

Operators in the German city Darmstadt, picked up a signal and launched deployment operations.

“We will gradually reach the elevation of the orbit (786 km) over the next two weeks,” explained Bianca Herd, the head of the Sentinel-2B spacecraft. “Then we will pass to the commissioning phase, which is planned at the beginning of June. We will increase the volumes of data and subsequently, approximately, in October, the constellation will be in full readiness.”

Optical cameras on Sentinel-2 satellites are able to recognize objects to 10 m conclusions about their condition.

Together these twin satellites will produce almost four terabytes of data every day. This enormous volume will be transmitted by laser communication.

Every 10 minutes, the spacecraft will send images not down to the ground, and above in the sky, to a geostational satellite, which will then send data to the ground.

Thousands of users from all corners of the world have already registered and accessed Sentinel images. Today, download data from servers has become even easier due to their shredding on small “scenes”.

“After launching the first satellite Sentinel-1A we had huge products that were a size of 8-9 GB. To them, it was difficult to access and download,” says Doctor of Science Mr. Hersh. “In September, we moved to smaller images. This product is 100×100 km, and I am sure that it has led to an increase in demand. Users only have 2.7 million products loaded in the last two months.

Sentinel-1 is a radar platform, a constellation of two satellites fully functions in orbit since last year. From now Sentinel-2 became the next for which they created and launched a couple. Sentinel 3, which mainly shooting the ocean must get an orbital couple next year.

Sentinel-4 and 5 satellites for studying the atmosphere, as well as Sentinel-6 to measure the ocean level – to the orbit are not yet launched.

But despite the fact that the program still can not achieve the planned latitudes, the European Union and the European Space Agency (ESA) have already begun to discuss how to expand it even more.

It is assumed that in the future Sentinel-7 will monitor carbon dioxide; Sentinel-8 can be a thermal infrared sensor that will be used to monitor arid areas; Sentinel-9 can perform a polar mission, or study the scale and thickness of the icy surfaces, or help with visualization of weather in high latitudes.

Use Sentinel-2 data to make maps

What is the European Union program called Copernicus? 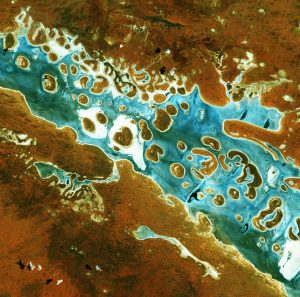 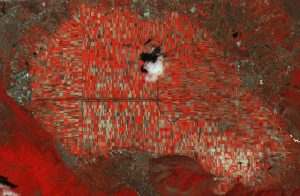 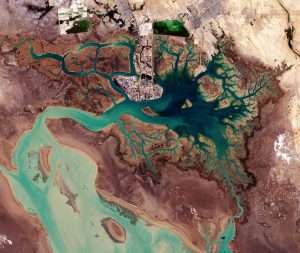